It’s been about a month since I updated about the quilt. Last post Baby Quilt (part 4), I had all the blocks put together and laid out. The next step was to cut all the background squares. I decided since it’s Winnie the Pooh themed, I would do a dark forest green.

Once I got all the squares cut and put on the appropriate rows, I was able to see what it would look like all together! And, thank you hormones, I cried when I thought about my little baby girl doing tummy time on the quilt. 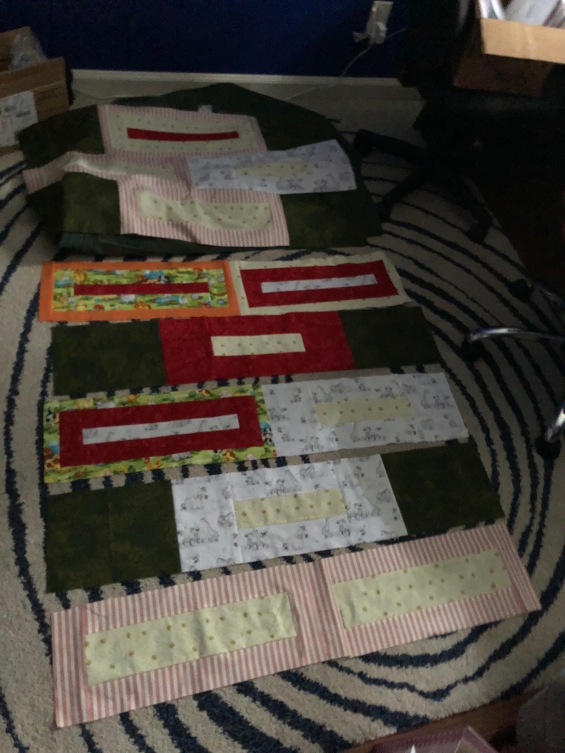 Next step, put all the strips together to create the top quilt. 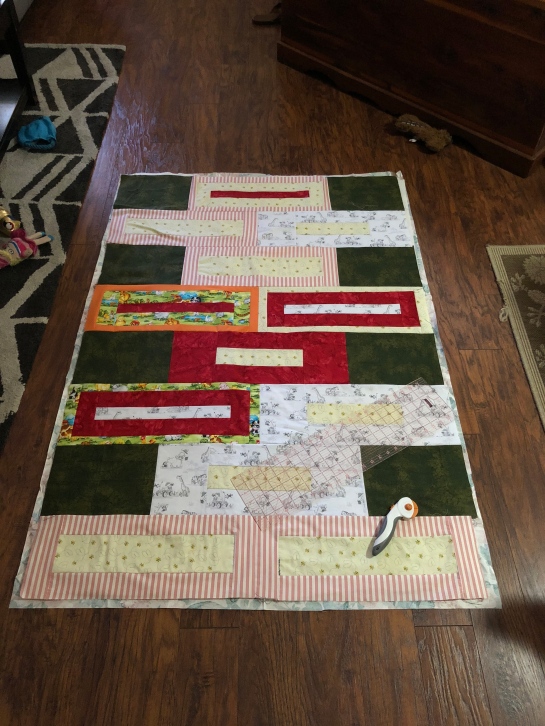 Once that was done I had to think about a backing. I was looking through my fabric to see if I could find a pink fuzzy fabric I thought I had, or something else where I wouldn’t have to go buy anything. I found this fabric! 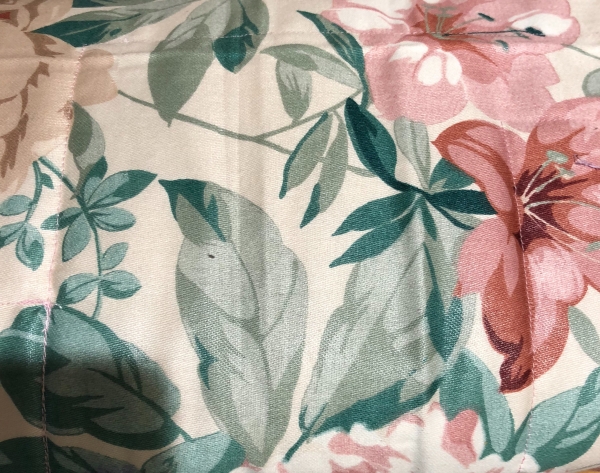 It is special because, like the pink and white stripes on the front, I used this fabric in my bedroom when I was little! It was the curtains in my old bedroom. Why I still have it, or so much of it, I don’t know! When I showed my husband, he said, “wow that is pretty tacky. But you like tacky, so it works”. I was not super thrilled with that, but he reassured me it was a good tacky (is there such a thing as good tack?). I used it anyway!

The next step in a quilt is the actual quilting! So here is what I decided to do! I do not know how to use a long arm, nor do I have access to one. So, I decided to go with a rectangular pattern. I laid out the quilt and mapped out in my head where each box would go, and I put pins at the four corners of each box. While I did this, Chewbacca (our dog) decided he wanted the quilt to be his and wouldn’t get off the quilt. Such a silly pup! 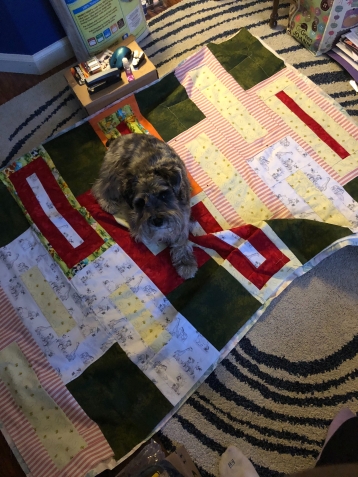 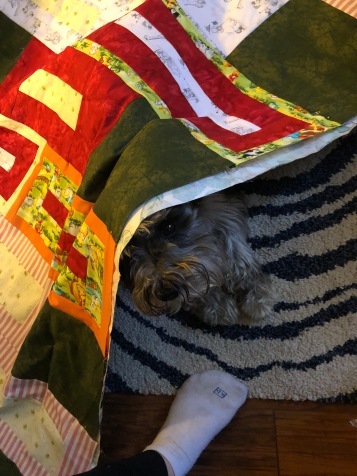 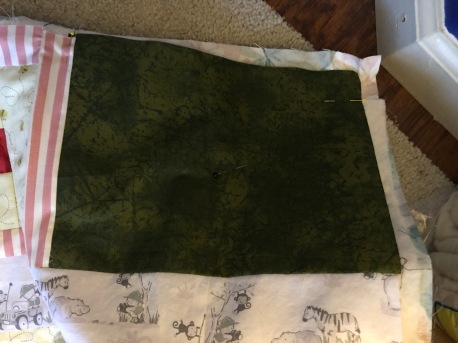 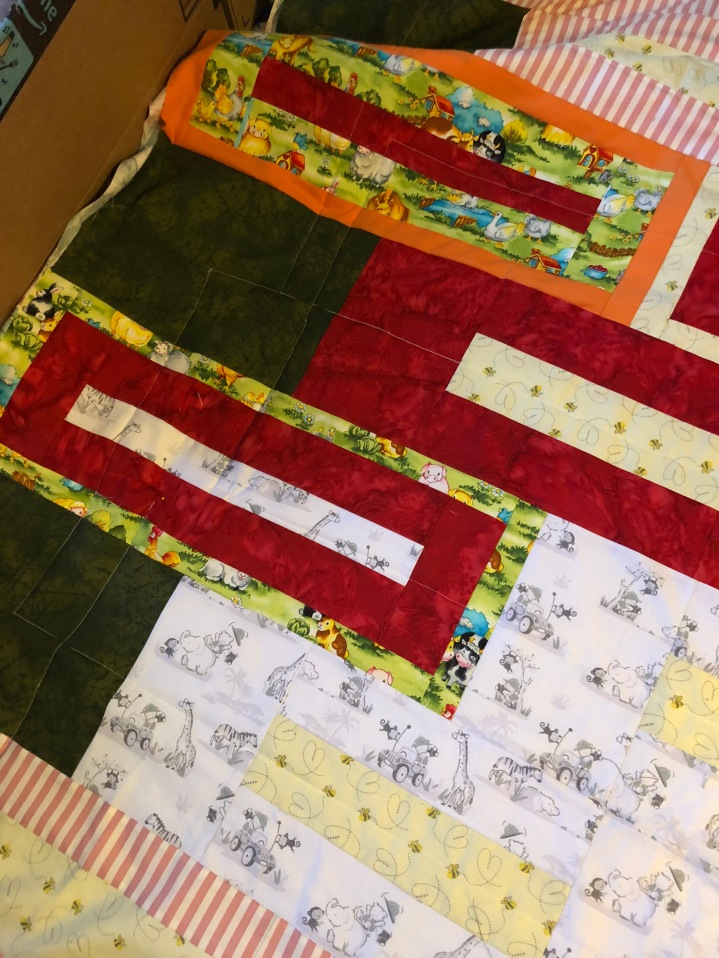 After I quilted all the boxes, I needed to do the binding. I do a ‘lazy’ binding. I make sure there is an extra inch or so of backing and wrap it around as the binding. 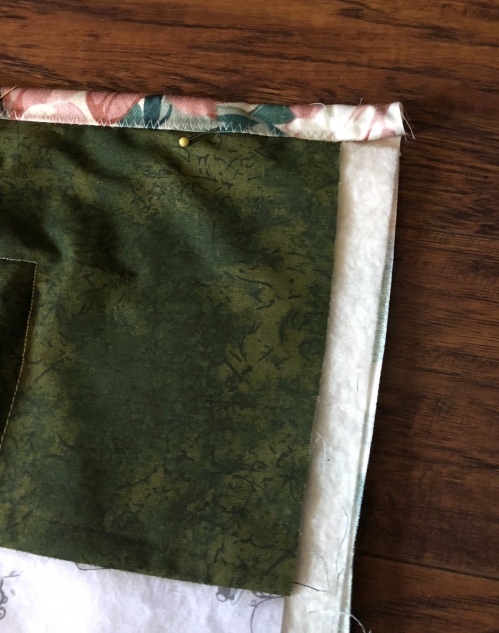 To make the corners nice, I fold the edge down like this: 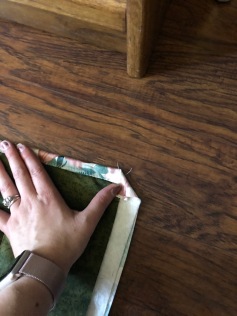 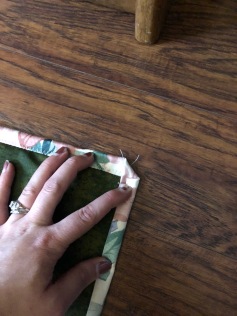 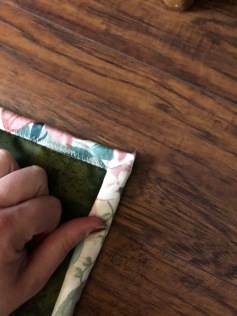 Here is the final product! 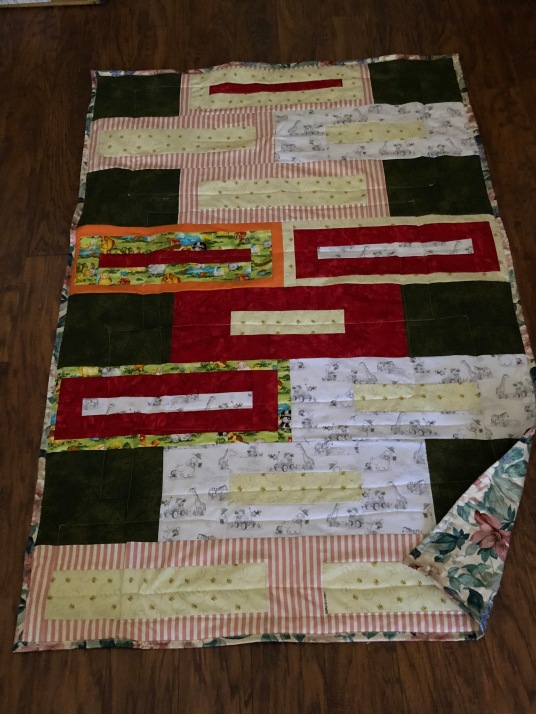